Building a Legacy One Brick at a Time

The Arkansas National Guard Museum was officially opened on September 11, 1999.  The Walk of Honor began at the inception to the museum as a fundraising effort to support the museum as well as honor the men and women who served our country as well as our state.

The museum itself tells the history of Camp Pike, which was constructed just a few short months after the United States' entry into the "Great War."  In 1937, the name was changed from Camp Pike to Camp J. T. Robinson to honor a great and powerful Arkansas Senator that passed away.  Our mission at the museum is to tell the history of the Arkansas Guard from the days of the militia to the current global war on terrorism.

The Walk of Honor is made of memorial bricks that are placed on the front walkway leading to the Museum.  Memorial bricks can be placed for any person or event – they are not limited to veterans.

Orders are placed once we obtain 12 to 15 orders, which usually produces an annual order that is placed in August.  Once your bricks are completed, we will let you know when they are in and when they are placed on the Walk of Honor.

Just follow the simple step-by-step process below to place your order. Be sure you are happy with your brick design as it will look very similar to the image on your computer when completed.

Pay online with a major credit card (VISA/MC/AMEX/DISC).
Pay by check or money order.
Follow the on-screen directions during checkout.

If you have any questions, please contact
Erica McGraw at 501-212-5222 erica.e.mcgraw.nfg@mail.mil 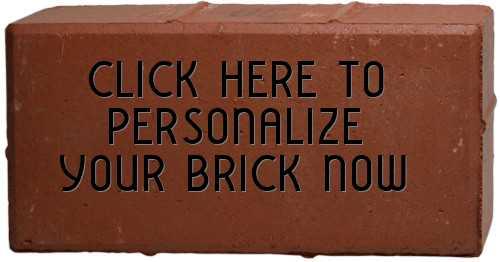